Chinatown has some fascinating history. I lived there for 4 years and I was still discovering fun facts and hidden gems every day. It’s hard to keep up though — it feels like there’s a new restaurant or dessert shop opening up every week! But through the turnovers, a handful of my go-to spots have thankfully stuck around.

During my last trip to New York, I spent a whole day in Chinatown, eating my way down memory lane. Follow along below, and take the tour yourself if you want to explore Chinatown through food 😉

You’re probably wondering, what in the world is a rice roll? My fellow asians should know this, or anyone who’s been to dim sum before. It’s basically a thin roll made from a wide strip of shahe fen (rice noodles), filled with shrimp, pork, vegetables, or other ingredients.

The best place to get these rice rolls (and I may be biased here, but my friends agree) happens to be on the street I lived on, Henry Street! I had to Google what the place was called, because I never knew the name, but it’s called Sun Hing Lung Co.

For a whopping $1.50 ($2.00 if you add egg), you can get a full-on breakfast or hearty snack. And you know the place is legit, because there’s always a line of locals ordering large bags of noodles or stopping for a snack.

Next up: Joe’s Shanghai

Joe’s Shanghai is probably the most hyped place in Chinatown — for good reason. Their soup dumplings (xiaolongbao) are the best you’ll ever have. People say these dumplings are even better than the ones they’ve had in Asia!

This explains the huge crowds outside of their Chinatown location (original location is in Flushing). If you go during the week at an odd hour, you should be fine.

Aside from the soup dumplings, the rest of the items on the menu are just average if you ask me. I usually just stick to the crab & pork soup dumplings (8 per order), and a side of scallion pancakes.

Pro tip: they already include the tip for you on your check! My friends and I realized we’ve been paying double the tip for years.

A super snack from Super Taste

I mentioned Super Taste in my previous blog post, but it’s that good I have to mention it again (also it was part of my food tour).

I learned about Super Taste through a friend, after already living in Chinatown for a few years. This makes me wonder what other gems I missed?!

The restaurant can be a bit hard to find because it’s so small — just look for a red awning and a giant poster of baos on the window.

Meat over rice at Wah Fung

Wah Fung No 1 Fast Food was one of my go-to spots for a cheap meal in Chinatown. The char siu (BBQ pork) is the best I’ve ever had. I usually get that and chicken over rice and veggies — all for $6! You can get a smaller portion for $4.50.

This place is also small, and almost always has a line out the door, but it moves fast. Once you grab your food, you can eat at the park across the street for a genuine Chinatown experience.

Save room for dessert at Soft Swerve

If you like soft serve, you will LOVE Soft Swerve.

You’re going to want to walk off all the dumplings and goodness you just ate anyway, so make your way towards Lower East Side down Allen Street (which has a some great wall art and people-watching).

With fun toppings and flavors, like black sesame and ube (my personal favorites), everyone finds something they love at Soft Swerve. Also, the flavors aren’t too sweet or overwhelming like other places. 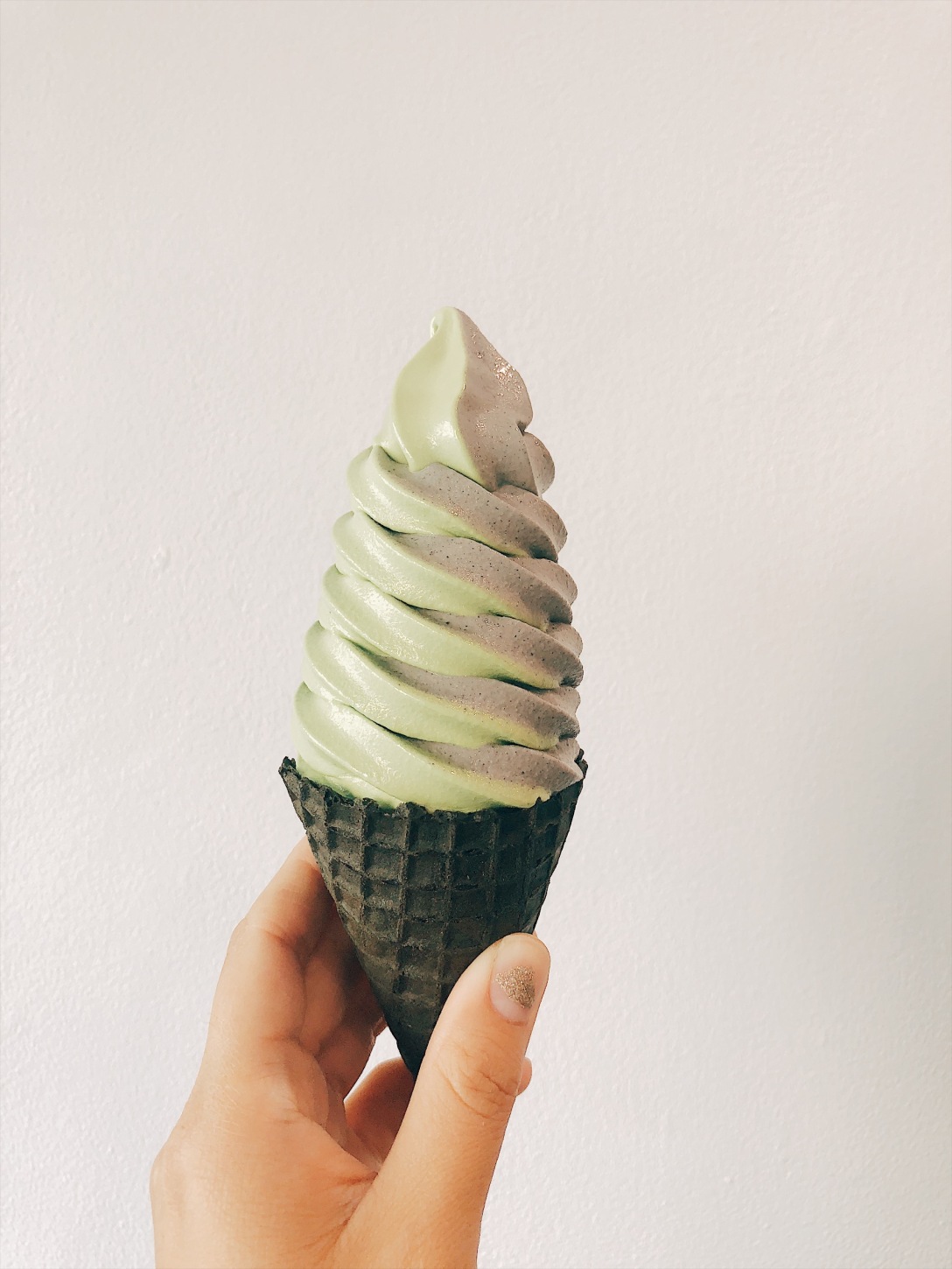 That wraps up my Chinatown food tour! Which, by the way, would cost under $40 if you order everything I mentioned (and half that if you split with another person).

Hope you enjoyed, and let me know if I should check out any other spots in Chinatown next time I’m in town.